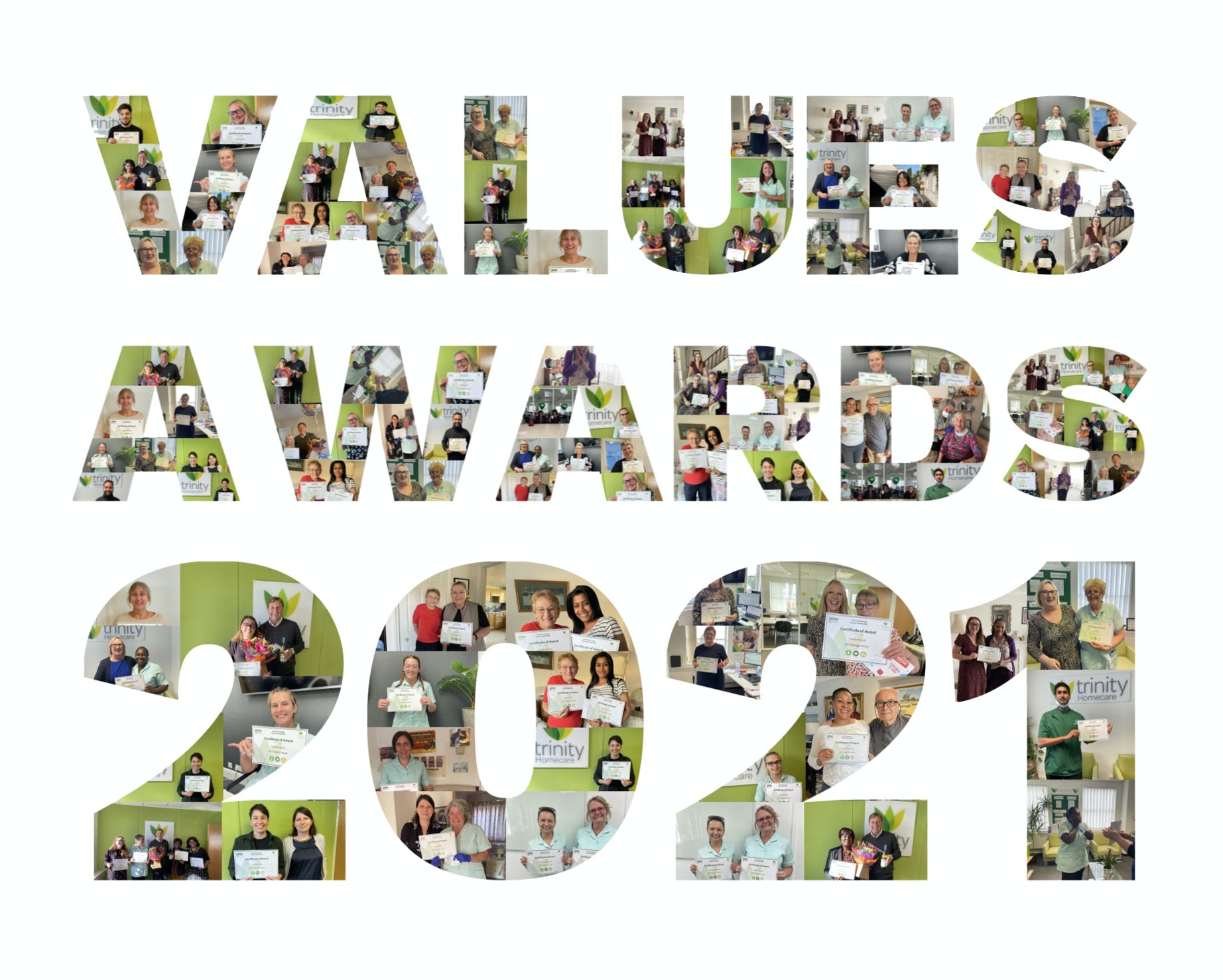 This year’s Values Awards nominations have been some of the best we have had. The nominations show why Trinity is rated ‘Outstanding’ by CQC and in the top 3% of home care providers in England and Wales.

The Values Awards truly reflect just how dedicated all our staff are to their roles and in upholding the high standards we have always held.

Before we announce the winners, we would like to thank all members of staff for their hard work and dedication. We wouldn’t be able to keep the standards we have without your hard work and continued support.

The process of going through the nominations may have been a long and hard process, but it was also a very humbling one for those judging the entries.

What are the Values Awards?

Our values of being personal, trusted and caring are always at the forefront of our hearts and minds and we’re committed to truly living our values every day. Our annual Values Awards are an opportunity for both our clients and our colleagues to recognise and celebrate members of our Trinity team who stand out as embodying our values.

At the start of August all of our staff and clients were asked to nominate a member of staff for each of our values and to say why they had nominated that person.

Once these were collected back, the process of going through each nomination one by one began. As you can imagine, many late nights were had to make sure they were all read fully.

Once the winners had been decided, they were surprised in one of the following ways:

One of the carers said when they were awarded the values award, after breaking down in tears:

“I’ve never been recognised for anything in my life until now.” 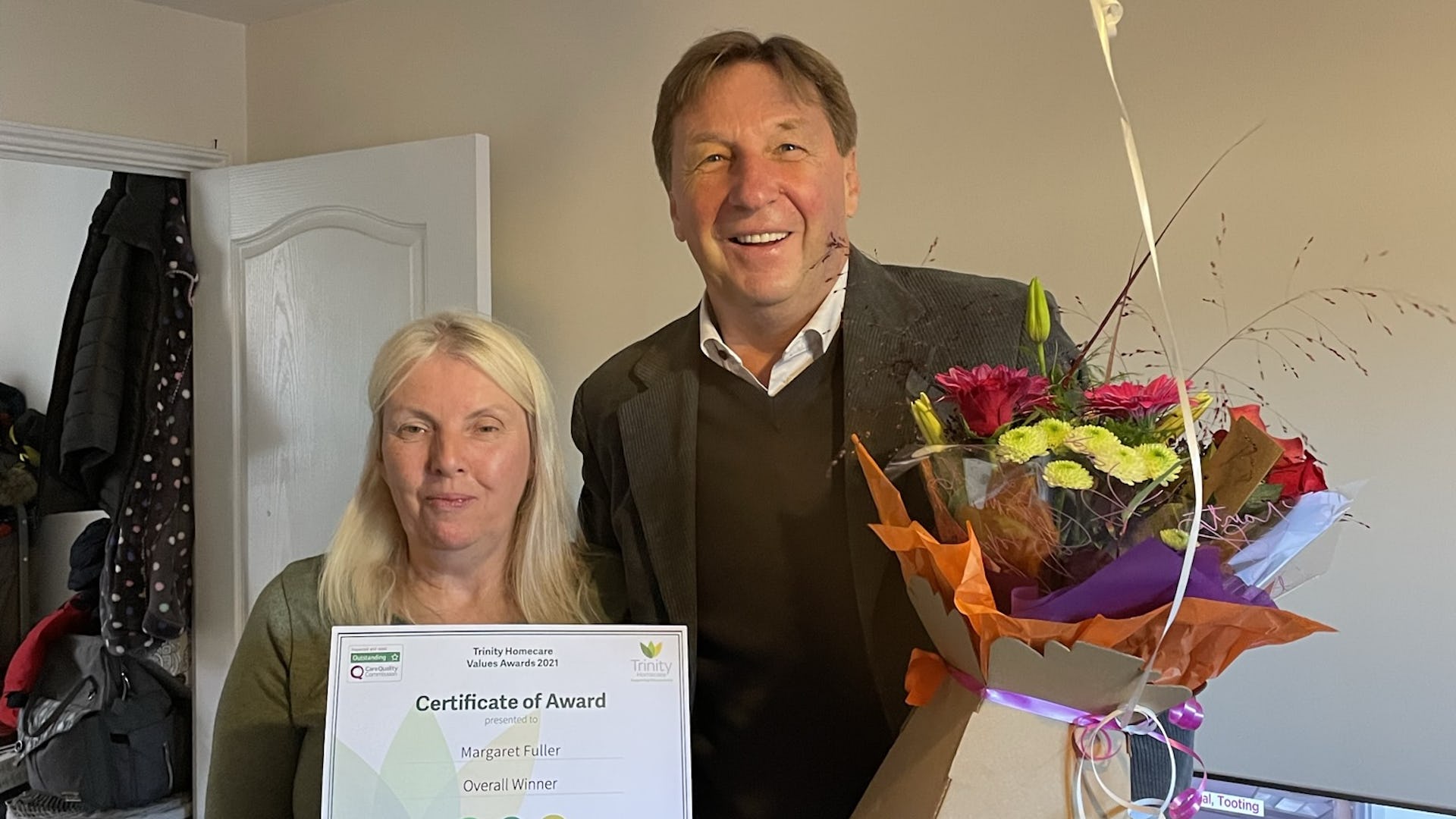 Margaret has shown that she is very reliable and a great point of contact. She is a “go to” member of staff for many reasons and can always be relied on. Here is just a few of the positive things that have been said in Margaret’s nominations:

“Margaret knows our clients really well, many of her colleagues turn to her for advice. We have also received numerous requests for Margaret to support a particular client as she her approach is so personal and caring.”

“Margaret not only keeps her promise and doesn’t let us down, but she also supports the team by taking on extra visits. Margaret supports new members of staff during shadowing. We received a few compliments about Margaret’s calm approach, vast knowledge and support she provides to her colleagues, not only during shadowing. Margaret checks all information about the client well ahead, she would drive in her own time to check the client’s address, so she is not late for her visit.”

So many great things were said from all the client nominations, that it is hard to pick just a few to show in the article.

“It is hard to nominate any one person, as we have always found your whole team (including admin staff) so caring in all aspects of their jobs.  Would like to mention Tina who has a special rapport with Mum – she even plays music on her phone that she knows mum likes, which makes mum smile and tap her feet.” 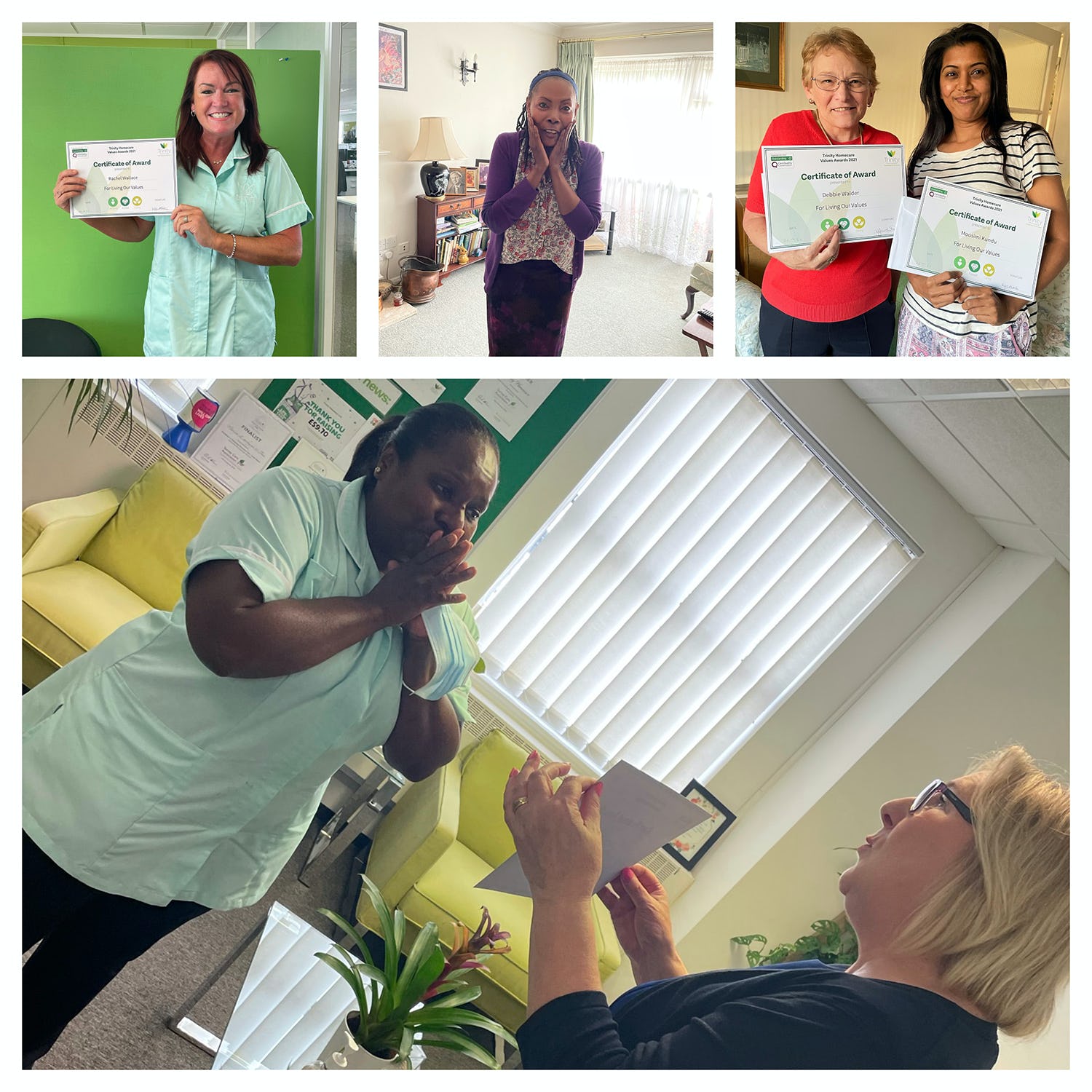 “As well as dealing with my physical needs efficiently, she always finds time to chat and cheer me up – leaving me with a smile on my face”

Each Care Manager was given the difficult task to choose one of their care staff for a Care Managers Award.

“Our carer tries really hard to engage in conversation with myself and my wife. This shows she has an excellent understanding of the impact of illness on the whole family. Encompasses a positive outlook and notices and improvement. All carers have been helpful and good. A pleasure to have had your service.” 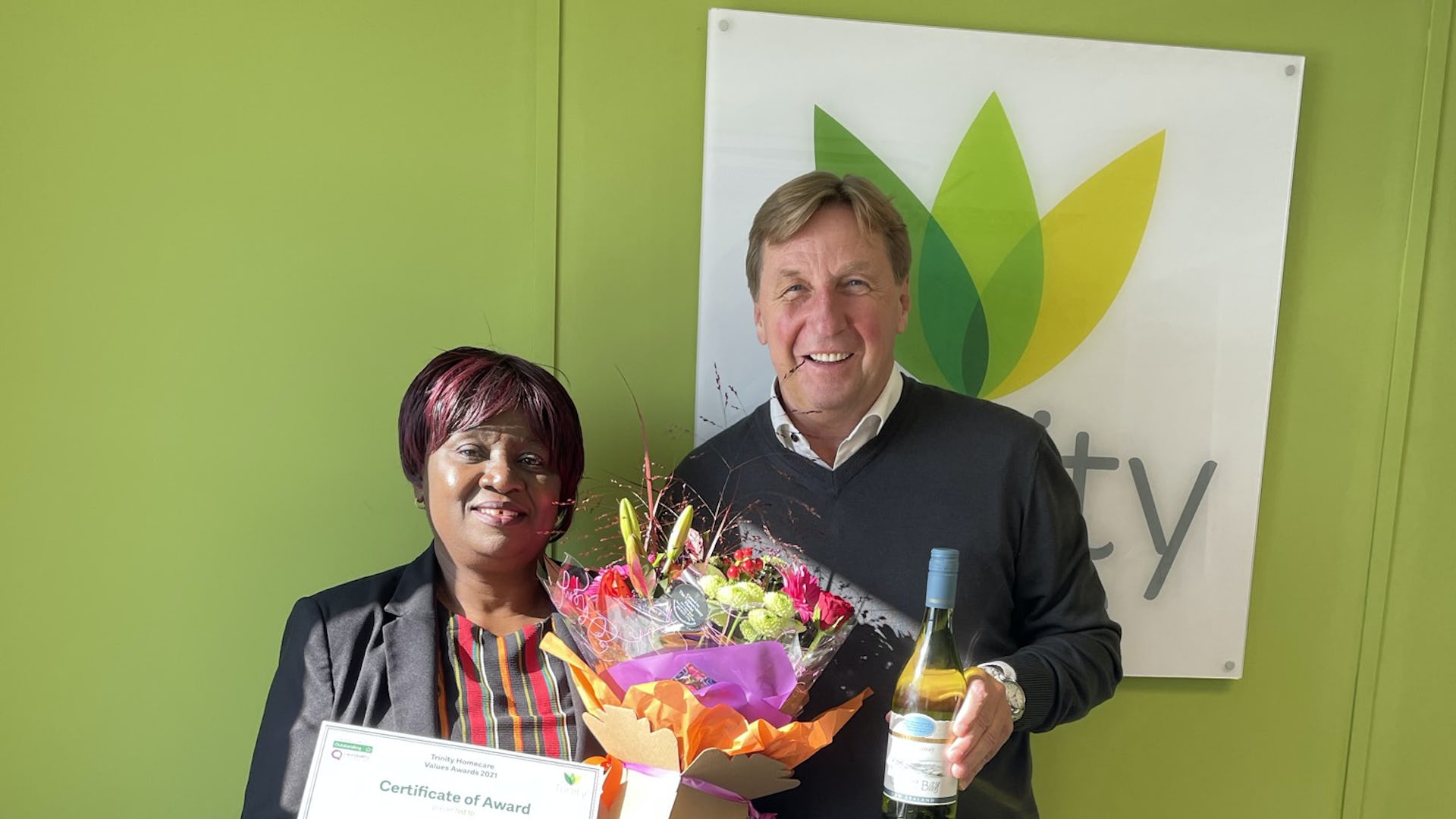 “They were all so good and should all get an award. They were different in their own ways but kind, efficient and very pleasant. You have a great team working for you.”