We’ve been trusted for over 20 years

At Trinity Homecare, there is an exceptional management team comprising of a Director of Care and Registered Care Manager, a Head of Talent with a team of specialist recruiters, a Learning and Development Trainer, IT, Marketing, and Finance staff. Together we manage a fantastic front-line team of Care Managers, Team Leaders, Care Coordinators, Senior Carers, Visiting Carers, Live-in Carers, and Complex Carers.

With a wealth of experience, our team are here to help support our customers and carers through life’s journey’s. Facilitating ‘Outstanding’ rated care. 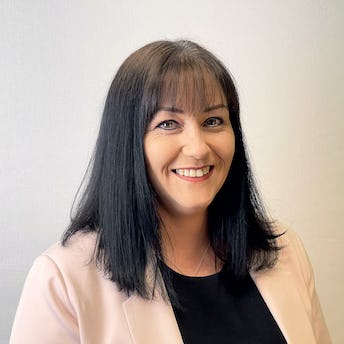 Melony has been in the care sector for approximately 18 years, with her care career taking off whilst working in Cardiff Drugs and Alcohol Rehabilitation Unit. Supporting people as they made positive changes in their lives proved to be an immensely rewarding experience for Melony and her first role in the care industry was both insightful and inspiring. Since then, Melony has also enjoyed working in a variety of roles. From being a Care Assistant, through to leading teams and holding registrations under Responsible Individual status as a Head of Service (Hourly), Melony’s experiences have given her a true understanding and appreciation for every aspect of working life when providing care. On a personal level, Melony has had a lot of experience with learning disabilities including Down Syndrome, Autism, Aspergers and ADHD, and she supports our Trinity team with compassion and leadership as we continue to develop and grow our Trinity team. 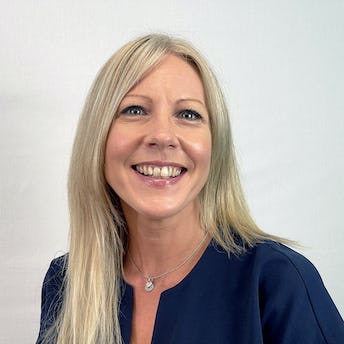 Before joining Trinity Homecare, Claire has devoted her work to supporting charities in various roles such as a Learning & Development Trainer for SeeAbility (formerly Royal School for the Blind), Relationships Manager for The Children’s Society, and Regional Fundraising Manager for The British Heart Foundation, and Regional Fundraiser for Great Ormond Street Hospital. Having also been a TrinityCarer herself, Claire has a thorough understanding and appreciation for every aspect of providing care and as our Care Manager for Sutton, she continues to support her team, her clients and their loved ones. Outside of work, Claire loves to be active and enjoys long adventurous walks with her dog, camping under the stars and spending time with friends and family. 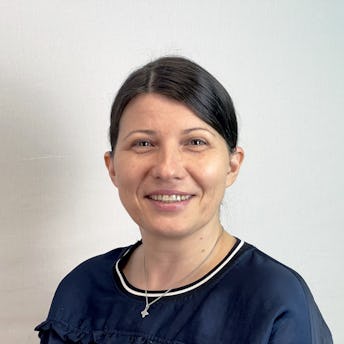 Joining Trinity Homecare’s ‘Outstanding’ team in July 2020, Sonia started her career in the care sector in 2006 when she worked as a Live-in Carer in Austria. Moving to the UK in 2007, Sonia thrived as a Visiting Carer in the Surrey area. She gained expert knowledge, skills and experience to progress her career. Soon after, Sonia managed large Visiting and Live-in Care companies in south and central England and also worked as a Dementia Care Manager in a nursing home in Epsom.

With numerous qualifications in Health and Social Care, she was also able to complete her CIPD level 5 in HR management. Sonia loves her job as a Care Manager and enjoys the team she works with. With a strong belief that happy carers make happy clients, Sonia aims to lead through ensuring her team is happy and supported.

When Sonia is not working, she enjoys staying active through sports such as running and skiing. As a ‘Dementia Friend’, she hopes to raise money for The Alzheimer’s Research UK Charity, by participating in the London Half Marathon, in 2021. 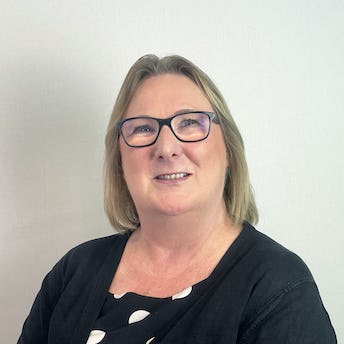 With expertise in project management, running teams, and auditing, Janet has been able to add tremendous value to Trinity Homecare as our Lead Care Coordinator. Prior to working in care, Janet worked 35 years in Pension and Investments, leaving her last job at Fidelity as a Relationship Director, which involved looking after large corporate pension schemes, visiting clients and advising them on investment and pension changes.

Joining Trinity in March 2019, Janet started as a part-time Visiting Carer after leaving the world of finance behind. Initially, Janet quickly discovered a passion in caring for others and soon began to work full-time. Recognised as Trinity Homecare’s ‘The Overall Carer’ in our 2019 Values Awards, Janet continued to excel in her role and was soon promoted to Senior Carer for the Worcester Park area. In 2020, Janet joined the office team as a Coordinator and has since been made Lead Care Coordinator for Visiting Care, having responsibility for the whole coordinating team covering a wide area inside and outside the M25.

Janet enjoys travelling and has been to many places, visiting Costa Rica, India and Cuba to name a few. In her spare time, she also enjoys painting, drawing, quilt making, knitting and crochet. To keep fit, Janet likes to walk in the hills and mountains and has completed the 24 peaks in 24 hours for two years running! 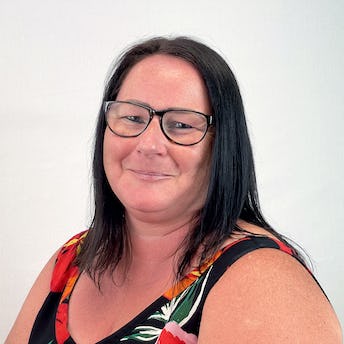 Ali joined the Trinity Homecare team in November 2015. Recommended through a friend, Ali had never considered working in care but decided to take a leap of faith and start a new career path. Swapping from her safe office space within a building company, she jumped straight into her journey to become a TrinityCarer. Initially, she started as an Overnight Carer and then moved over to the Visiting Care team. After just one year, she was given the opportunity to become a Senior Carer which she very much enjoyed, particularly going out into the community and meeting the wonderful clients and their families.

Ali’s hard work and determination didn’t go unnoticed. A year later, she was promoted to Care Coordinator and she soon completed her NVQ Level 3 in Social Care. 6 years on and Ali is now the Care Manager for the Live-In team. A committed and friendly individual, Ali has gained a huge amount of respect from her peers at Trinity Homecare.

In her spare time, she enjoys spending time with her five cats and two rabbits who keep her very busy. She is a huge animal lover and understands just how important pets are in a person’s life. 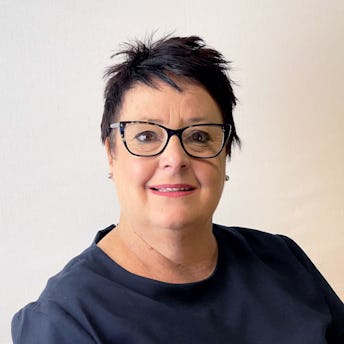 Ashlee has worked for Trinity as a Live-in and Visiting Carer since April 2016. She has a wealth of knowledge and hands on experience. Now the Lead Coordinator for the Live-in Care team, Ashlee is one of the main points of contact when the carer matching process is underway.

Prior to working for Trinity, Ashlee worked in the hospitality sector. Her travels around the world have given her a great cultural awareness which is why she is able to build great relationships with her team and clients. Ashlee’s experience combined with her love for working with people makes her an amazing Lead Coordinator. Supporting staff and clients with any issues they have is key in Ashlee’s job.

With a bubbly personality, for Ashlee, no issue is too big or small and she is always willing to go the extra mile. Ashlee is also very proud to be a ‘Dementia Friend’. 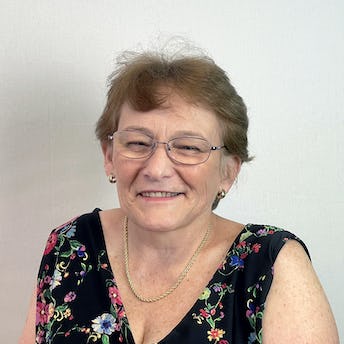 Debbie joined the Trinity Homecare team in November 2014, after 9 years as a Live-in Carer. Over her career as a carer, Debbie has gained a huge amount of experience and training, especially through organisations that specialise in spinal-cord injuries and mental health illnesses.

As a Trinity Care Manager, Debbie manages a portfolio of clients and assists in the interviewing process and screening of carers, both of which draw on her previous experiences and skills. She is great at communicating with others and is able to get an in-depth understanding of a client’s needs at the assessment stage.

With a BSc Honours Degree in Psychology, Debbie is very interested in all aspects of mental health and is also focusing on developing her knowledge in Dementia and Alzheimer’s. She has a genuine passion about enhancing the lives of individuals and enjoys her role as Care Manager. 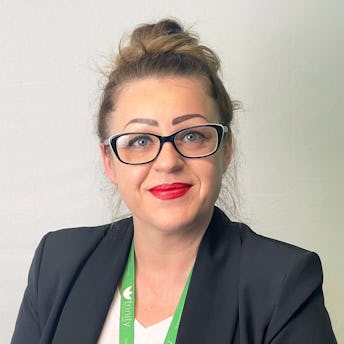 Barbara joined Trinity Homecare in April 2014 as a part-time Visiting Carer. Since then, she has never looked back. Barbara believes that a career in care is one of the most fulfilling and rewarding of jobs and loves working with the team at Trinity.

Before joining Trinity, Barbara worked as a district manager for Surrey County Council supporting a large number of college restaurants. Over the past few years, Trinity Homecare has enabled her to gain professional experience and valuable skills, and opened her eyes to other possibilities. Barbara is currently completing the Level 3 Certificate in Assessing Vocational Achievement.

She is delighted to be working with a fantastic team, Live- in Care Assistants, clients and their loved ones. She thoroughly enjoys her role in providing tailored care and support to all our clients and their families.

Whilst Barbara is very busy, when she gets the time to relax, she enjoy good company with a glass of wine and a good film! 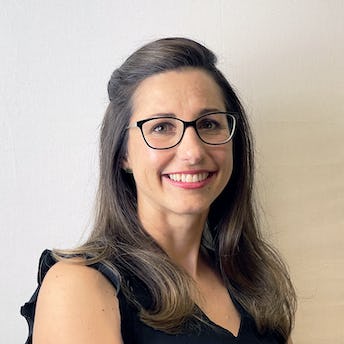 Having spent two years working as a Live-in Carer for Trinity, she knows what it takes to achieve the high standards we require. She now manages a team of three trainers and spends much of her time supporting new and old care workers through their TrinityCarer pathway. Melissa’s objective is to create a happy and productive partnership between care workers and clients where clients really feel they are enjoying life with their carer, as well as feeling comfortable, safe and well looked after.

Marissa’s specialism is in dementia, both as a result of her professional and her personal experience. Both her grandparents suffered from Alzheimer’s. The experience has given her a real insight into the impact of this condition. With her specific experience of dementia, She is able to support the team, trainers and staff through the Learning and Development in Trinity Homecare. She works closely with the Recruitment team to ensure our high standards are maintained. She enjoys meeting carers from different parts of the world, and takes great pride in training and supporting them through our career pathway.

In a past life, Marissa achieved a diploma in Professional Cookery and Kitchen Management and having worked in this industry for several years, is very used to running teams under pressure.

How our care team support you

After an initial enquiry, a member of our team will visit you or your loved at home to discuss your requirements.

Provided you want to go ahead with us, we will then match you with the best carer to meet your needs.

Throughout your care journey with us, you will have a dedicated care coordinator.