On the 8th of March, every year, people join one another to celebrate the social, economic, cultural and political achievements of women all around the World. It is a day in which we are able to reflect on the historical movement for women’s rights and gender equality.

It is no secret that the health and social care sector is a female-dominated industry. Dating back as far as we can remember, women have been the face of healthcare. When looking at the history of healthcare, we envision strong women such as Florence Nightingale. The women we remember worked extremely hard for equality and provided the best care that they could at that time. It is a legacy that still lives on.

Since then, the care sector has grown. We are so very pleased to see more and more men working in the industry now. It highlights how there has been a shift in ideologies and there is more acceptance and equality. With that said, statistics extracted from the “State of the adult social care sector and workforce in England, 2019” noted that to this date, 83% of care workers are still female.

Whilst we also have some fantastic male carers and staff within our management team, we want to take a second to shine some light on the women who make our home care as “outstanding” as the CQC rates it. 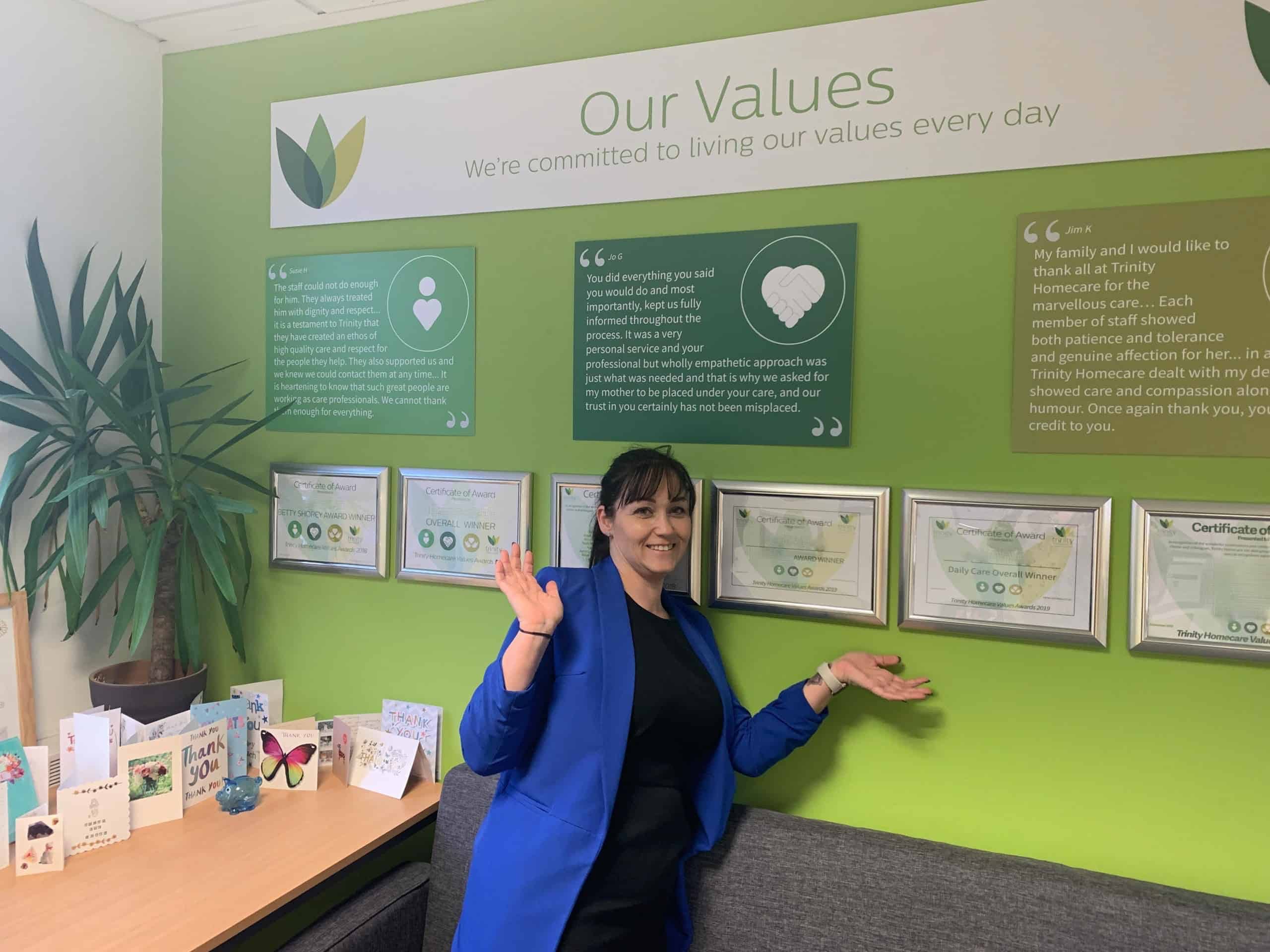 Mel, Director of Care at Trinity, has been with us since August 2018. Mel has over 14 years’ experience working in the care sector and has worked her way up the ladder through her own personal development. From being a care assistant, through to leading teams, Mel was appointed Director of Care, becoming the first female member of the Board. Since her becoming Director of Care, Mel constantly takes on new challenges, working through anything that is thrown her way with a positive attitude. With aims to make Trinity Homecare the most successful, outstanding rated care business in the South East of England, Mel’s leadership and support is beginning to make this a reality.

“If you want to do something, just give it a go! Take the steps you need to develop yourself and empower other women around you.” – Melony Fairchild 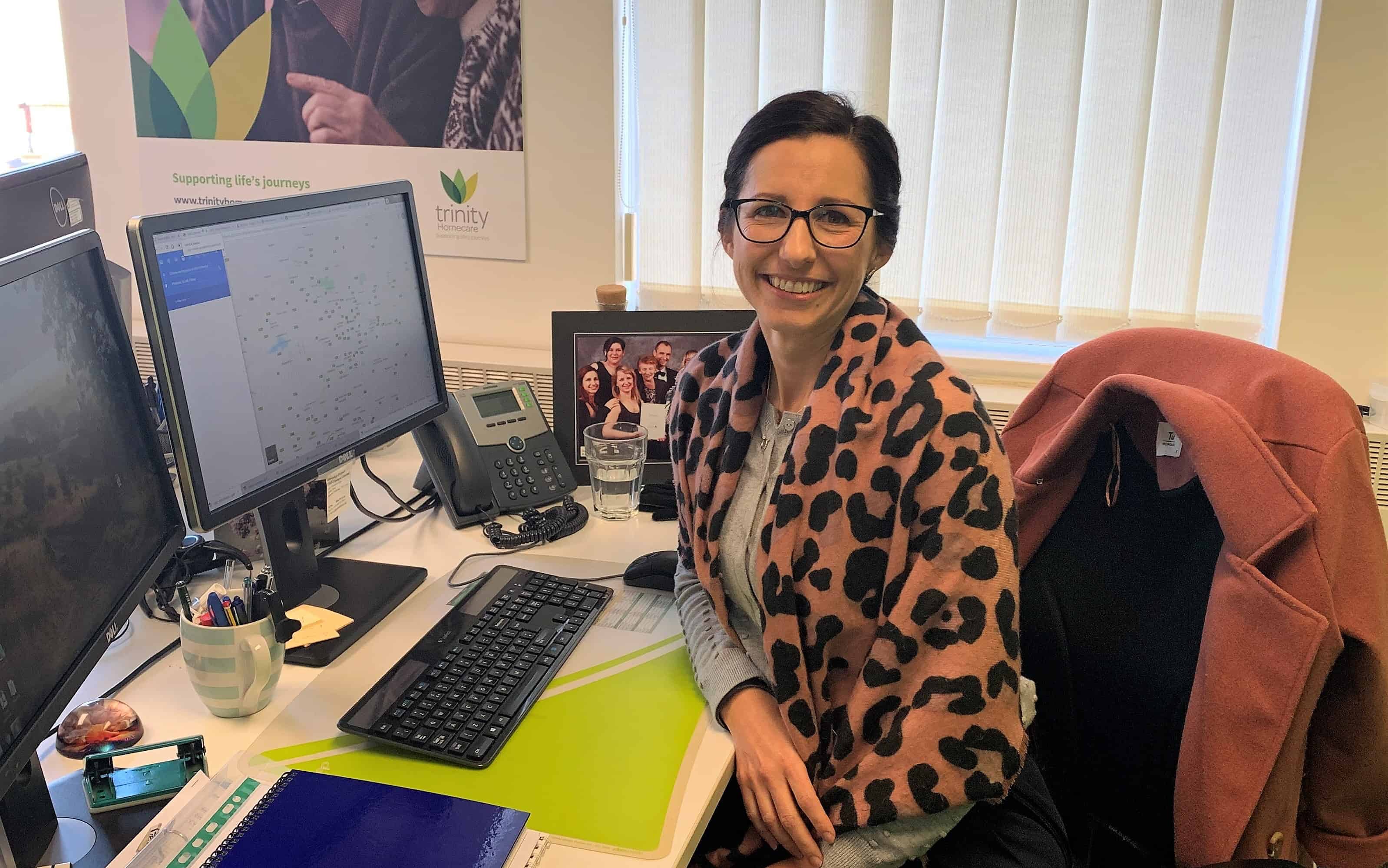 Marissa has been with us almost from the very start. Working at Trinity before our Managing Director, Mike, Marissa has seen the business grow from a small agency to a multi-award winning care provider in Surrey and the Home Counties. Marissa has really done Trinity proud by how far she has come and her level of commitment. Starting out as a care assistant, Marissa has worked extremely hard and her work has certainly paid off since she is now the Learning and Development Manager. Marissa provides some of the best training in the care sector and has made some fantastic connections with the likes of Nescot College and Alzheimer’s Society, in order to support our care team and staff. Marissa is known for her words of wisdom, calming persona and ability to bring out the best in others. We would certainly be lost without her.

Janet is a perfect example of the career progression opportunities here at Trinity Homecare. Even before working at Trinity, Janet is a true inspiration. From having kids at a young age and restarting her life all over again, Janet has “been there, done that and worn the t-shirt.” Working in the corporate world where she was made Director of a Pensions company, Janet has always pushed herself to be the very best in any of her roles. But her time there came to an end where she decided that she really wanted to help others and give back to society. It just so turns out that Janet is a total natural at it! Less than a year into being a carer, Janet was promoted to a Senior Care member here at Trinity, where she assists other less experienced care workers. Describing it as one of the best jobs she’s ever had, Janet is a success story in her own right. She brings the personal, trusted and caring qualities that we represent at Trinity Homecare. We are so very proud of her.

These three women are just to name a few. In the business, we have hundreds of successful women working at Trinity Homecare. In our eyes, every female and every TrinityCarer are simply superb. They all have hearts of gold and continue to do us proud of their continuous hard work and commitment.

At Trinity, our care workers are making history, continuing the legacy that lives on.