Dementia is a collective term for conditions causing a decline in cognitive function. Although Alzheimer’s is the most common form of dementia, there are many different types of dementia and each type has its own pattern of progression, with symptoms and signs attributed to different stages of the journey. Understanding the early signs of dementia is important when it comes to managing the condition.

Of the 850,000+ people currently living with dementia in the UK, each individual will experience dementia – and dementia symptoms – in their own unique way. While the type and progression of dementia vary, a general guide to the stages of dementia will help you understand what to expect and plan for the future.

The changes in the brain may begin 20 years or more before a formal diagnosis, and the rate of progression of Alzheimer’s varies greatly. The abnormal proteins (plaques and tangles) build-up in structures of the brain and usually spread throughout the brain in a predictable pattern. In the earliest stages, before dementia symptoms can be detected with current tests, plaques and tangles begin to form in brain areas involved in learning & memory (image 2) and thinking & planning (image 3). In the mild to moderate stages, plaques and tangles spread and begin to affect thinking and planning, (image 4), language & speech (image 5) and spatial awareness (image 6) which begin to interfere with everyday life. In the advanced stages of dementia (image 7), the cortex becomes significantly damaged and the brain reduces in size as the cells deteriorate. As the proteins spread to different brain structures, the different functions of those structures become affected.

The seven-stage progression of Alzheimer’s

In this stage, the person functions normally, with normal cognitive function, no memory loss and generally good mental health. People with stage 1 have no dementia.

General forgetfulness as a general part of ageing is associated with stage 2. Forgetfulness is mild and unnoticed by loved ones and medical professionals.

At this stage, loved ones may begin to notice signs of cognitive decline, such as forgetfulness and slight difficulty concentrating which begin to impact on daily life. A person at stage 3 may also become disorientated, lost and have difficulty in finding the right words. On average, a person is at stage 3 approximately 7 years before the onset of dementia.

Symptoms at stage 4, the impact on daily life becomes increasingly significant. Stage 4 dementia can be identified by symptoms including significant difficulty concentrating, memory loss, disorientation and inability to travel alone to new locations. As communication problems develop, someone living with stage 4 dementia may start withdrawing from loved ones and avoiding interaction. The average duration of stage 4 dementia is 2 years.

Those living with stage 5 dementia will need assistance to complete their daily activities (dressing, bathing, preparing meals). Memory loss will become more severe and may affect the ability to recall major relevant aspects of life such as address or phone number and someone living with stage 5 dementia may not know the time or day or where they are. The average duration of stage 5 is 1.5 years.

Someone living with stage 6 dementia will require extensive support with daily life including continence care as control over the bladder and bowel declines. The names of close family members and memories of both recent events and details of early life will fade. Stage 6 can also be identified by personality changes (such as delusions, compulsive behaviour, anxiety and agitation), difficulty in speaking, counting down from 10 and finishing basic tasks. The average duration of stage 6 is 2.5 years.

Stage 7 dementia has the most significant impact on someone’s life. People in this stage typically demonstrate minimal ability to speak or communicate and they will require extensive support with all aspects of daily life including continence care and personal care due to the loss of psychomotor skills (the ability to control movement). The average duration of stage 7 is 2.5 years.

The three-stage progression of other types of dementia

The symptoms of vascular dementia can occur suddenly, following one large stroke or they can develop over time, after a series of smaller strokes. The progression of stroke-related or vascular dementia symptoms usually follows a ‘stepped’ pattern, with a combination of longer periods of time when symptoms are stable and periods when symptoms change rapidly.

Early-stage vascular dementia can often share symptoms with Alzheimer’s, with the key difference being that mild vascular dementia symptoms are usually associated with difficulties in planning, decision-making, and following instructions rather than memory loss. Other early symptoms include:

The rate at which FTD progresses varies greatly and research has found that the differences between different types of FTD become less obvious as dementia progresses. Those who originally exhibited symptoms of behavioural variants may eventually experience language difficulties and similarly, a person originally diagnosed with a language variant of FTD will typically develop behavioural problems. The symptoms and signs of behavioural variant frontotemporal dementia are generally unaware of their behaviour and will rely on their loved ones to identify new and unusual characteristics.

Unlike Alzheimer’s, the early stage of frontotemporal dementia doesn’t usually affect memory or cognitive functioning. Someone with FTD may go walking without obvious purpose but, unlike someone with Alzheimer’s, will return home without getting lost.

During the early stages of behavioural FTD, changes to personality and behaviour become noticeable. Typical behavioural changes include:

Aphasia will continue to implicate speech production and signs of moderate aphasia may include:

Dementia with Lewy bodies also shares symptoms with Alzheimer’s in the early stage, and symptoms include: 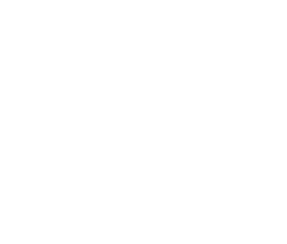 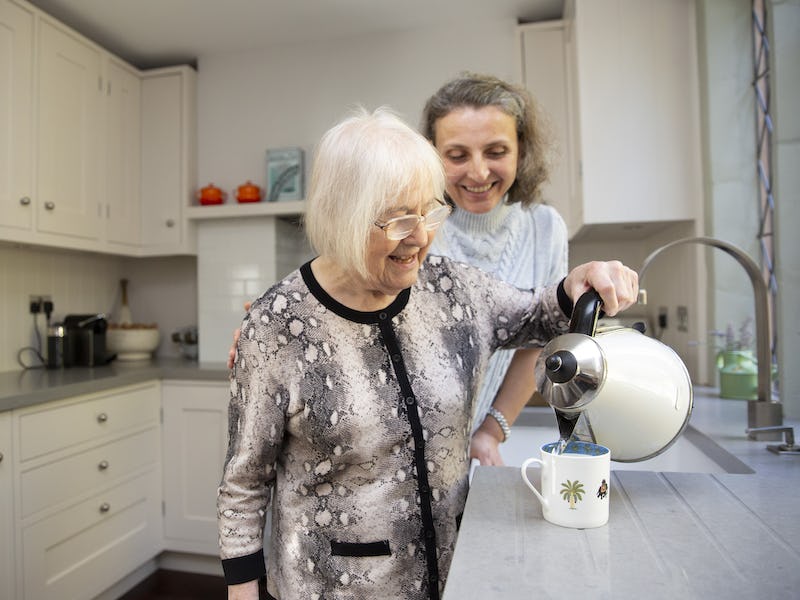 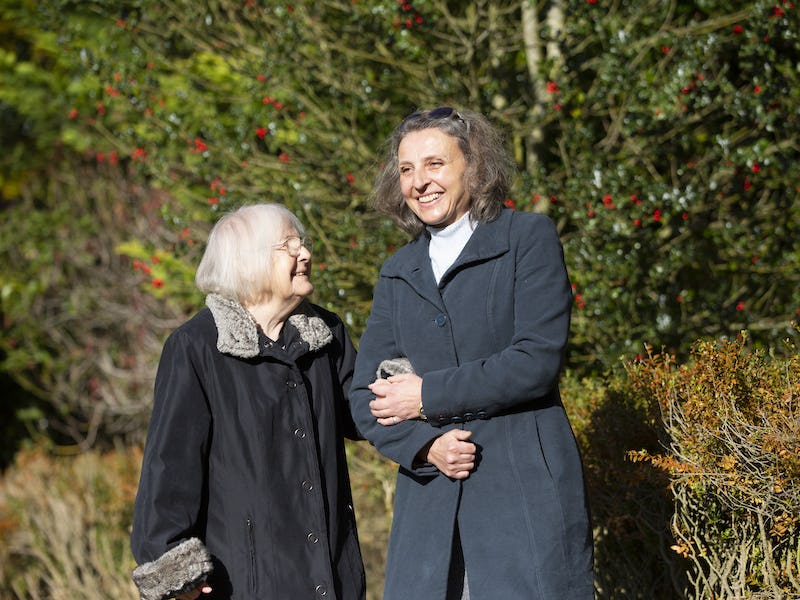 Live-in Care
We provide live-in care service across the South of England. 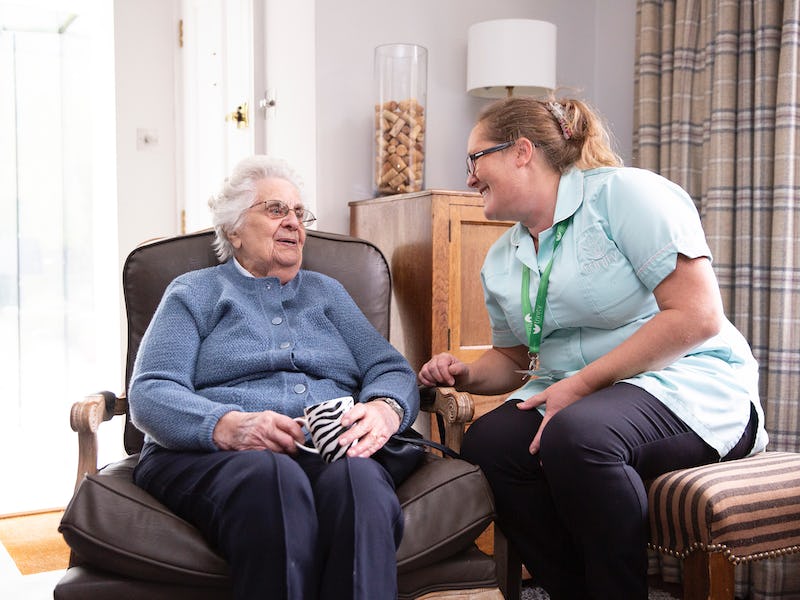